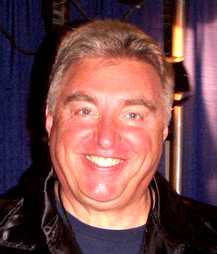 From the FBHOF:
Al Bonanni does a little bit of everything for Don King Promotions. He trains fighters, works corners, serves as a cut man and watches for talented fighters who DKP might want to sign up. A native New Yorker, he began hanging around the boxing gyms of Miami in the 1950s when Al Ridgeway, who was working with Bonnani at the Fifth Street Gym in Miami Beach, asked the legendary Al Braverman to watch Bonnani spar. “He can’t box worth a lick“, Braverman told Ridgeway. “Make him a trainer“. Bonnani learned his trade from some of the best, including Braverman, Ridgeway, Freddy Brown and Al Silvani. Bonnani met Don King in 1977 when he was working on a fight card in Miami. In all his years with DKP, he’s never had a contract, working only with a handshake.

Inducted into the Florida Boxing Hall of Fame (Trainer/Manager) in 2010.