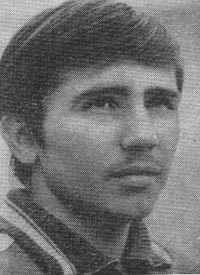 Solomin began training under Yuri Podshivalov in 1969 at Trudovye Rezervy in Perm. He won the world title (the first in Russian sport history) at the inaugural 1974 World Championships in Havana, Cuba. From 1975 on he represented the Armed Forces sports society, coached by V.Ageev.