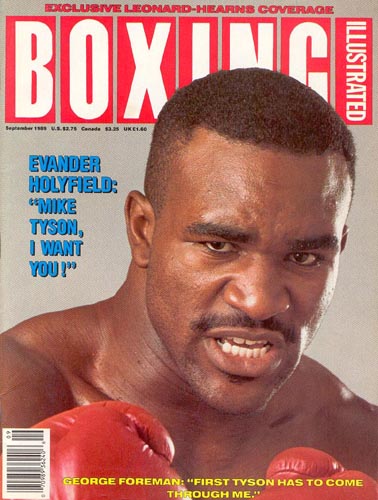 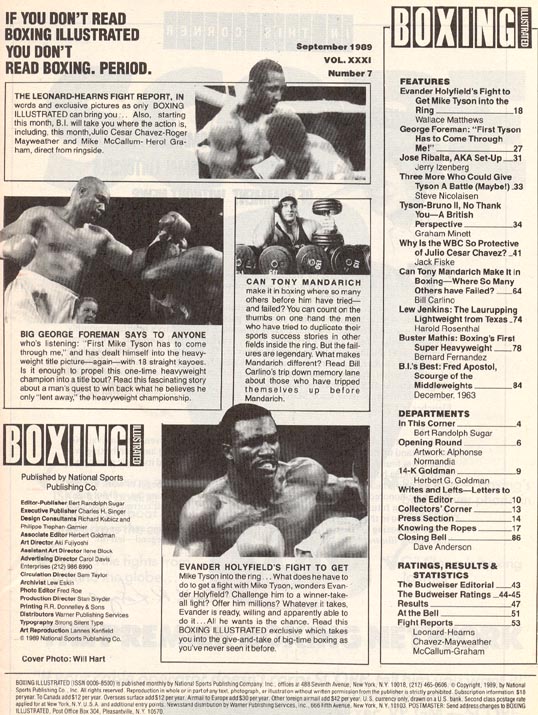 Articles include: Evander Holyfield's Fight to Get Mike Tyson into the Ring, George Foreman: "First Tyson Has to Come Through Me!", Jose Ribalta AKA Set-Up, Three More Who Could Give Tyson a Battle (Maybe!), Mike Tyson-Frank Bruno II, No Thank You - A British Perspective, Why is the WBC so Protective of Julio Cesar Chavez?, Can Tony Mandarich Make it in Boxing-Where So Many Others Have Failed?, Lew Jenkins: The Laurupping Lightweight from Sweetwater, Texas, Buster Mathis: Boxing's First Super Heavyweight and Fred Apostoli: Scourge of the Middleweights.