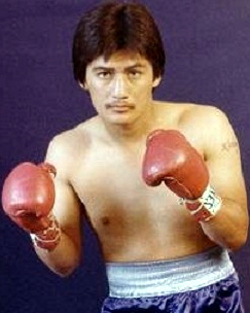 Like his younger brother, Tony, Frankie Baltazar was born in Los Angeles, Ca. He competed in the youth tournaments, collecting numerous awards and trophies. His managers, Frank Baltazar and Jackie McCoy decided that Frankie was ready for the professional ranks on early 1976.

Frankie got off to an impressive start with 28 wins out of 30 starts. By the end of 1978, Ring Magazine ranked young Frankie as the number one junior lightweight contender. The great Alexis Arguello was listed No.2 and Bobby Chacon, No.6 contender.

Due to the politic of boxing, Frankie never got his title chance. However, he beat and fought some of the best like Juan Escobar, Bazooka Limon, Shig Fukuyama and Memin Vega.

With wife Kim and son Rocky, Frankie resides in La Puente and is the body shop manager of a large auto dealership