From BoxRec
(Redirected from Human:11319)
Jump to navigation Jump to search 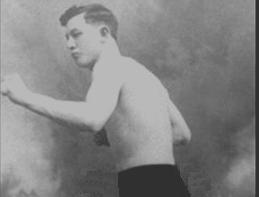 Joe Cox was another White Hope of his era. He is credited with knocking out Jess Willard. He joined the United States Navy during World War I, after being rejected by the Army and Marine Corps for being overweight. August 3, 1917 Seattle Star [1].

An article about him was printed in IBRO Journal Issue No. 84. See also, CBZ page [2].