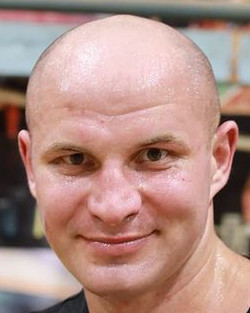 At the AIBA Youth World Championships 2008 at Guadalajara, MEX he won silver at 91KG losing 8:10 to Erislandy Savon (CUB). He moved up to Super Heavyweight a year later, winning his first of three national championships at the weight. At the 2009 World Amateur Boxing Championships he lost his second bout 11:15 to Denis Sergeev (RUS).

At the 2010 Asian Games (Guangzhou, CHN) he beat Sardor Abdullayev (UZB) 8:1 in the quarterfinal, Rouhollah Hosseini (IRN) 6:4 in the semifinal but lost the final 5:7 to local favorite Zhang Zhilei (CHN). In 2011 he beat Roman Kapitanenko (UKR) 9:4 at a local tournament. At the World Amateur Boxing Championships held later that year, he got past Zhilei 13:7 and Croat Filip Hrgovich but lost the semi final to eventual winner Magomedrasul Majidov 9:16.

At the 2012 Olympics, he beat German boxer Erik Pfeifer 14–4 and Canadian boxer Simon Kean to win the bronze medal. He lost the semi to British boxer Anthony Joshua 13–11.

This article borrows from the Wikipedia entry for Dychko: [1]