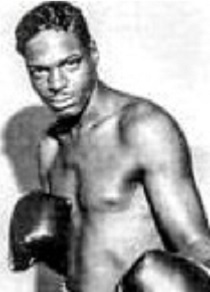 Robinson's ring career ended in 1963, and he became a fixture in local pool halls and street corners in Liberty City. In 1968, he was dug out of retirement to fight Kent Green in Miami Beach. Green was the only fighter at the time to hold a TKO win over Muhammad Ali, having stopped Ali as an amateur some ten years earlier. Green landed two punches, and Robinson went down and out in under a minute. In an interview, Robinson claimed that he fought until 1969 and retired at age 44. Robinson said they he was a friend of Ali's in the 1960s and drove him around Miami whenever Ali was in town.