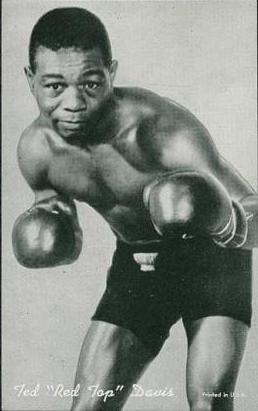 Teddy Davis began his career boxing as Murray (Sugar) Cain in Ohio and West Virginia. After moving to New England, Davis became a prime sparring partner for Featherweight champion Willie Pep. Despite a mediocre record, he would became a contender in the Featherweight division in the early-to-mid 1950s, earning a title shot against Sandy Saddler, which he lost by unanimous decision. At the time of his bout with Saddler, Davis had lost at least 50 bouts, which is the record for most losses for any major world title challenger.

Davis and his bout with Saddler were profiled in A.J. Liebling's boxing collection The Sweet Science.