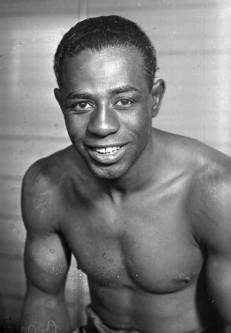 After his retirement, Gans trained fighters at the Milwaukee Urban League until his death of a heart attack in 1959.

"Gans was the guiding light for the Golden Glovers. Every tournament was dominated by his Urban League battlers. It is estimated that he turned out at least 100 Gloves Champions since he took over some 20 years ago.

This writer knew Joe Gans for many years and his loss will be felt not only in the boxing business but the community as well. Always the gentleman, he was full of warmth and sincerity, handling both Negro and whites. He was stern, yet seldom lost his temper. Those working under him had the highest respect for his knowledge of the game game and life itself."