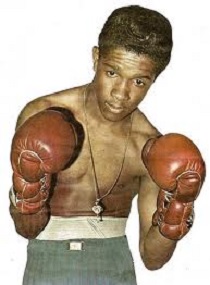 Caraballo was the first Colombian fighter to fight for a world title. In November 1964, he faced Eder Jofre in Bogota, and although he lost by knockout in the seventh round, he made Colombian boxing history. A second title shot came in 1967--a fifteen-round decision loss to Fighting Harada.

The August 13 1966 issue of newspaper El Tiempo of Bogotá reported that his record, as it appeared in the Ring Record Book and other published sources, had been inflated with a number of extra wins. These fights were a mixture of both fake results as well as amateur bouts that were added to his pro record. His correct record at the time was 38-1-1- with 1 NC.

The false results in question were the following:

Apart from these results, Caraballo's record listed a points win over Oscar Gomez on 1961-3-3 which really was a NC.