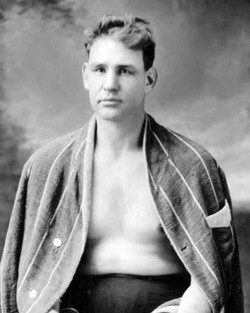 Carl Morris was considered the original "White Hope" by the March 1930 The Ring magazine (although he was also of Native American heritage [1]).