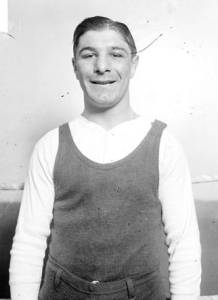 Charley 'Phil' Rosenberg was an errand boy for a millinery shop at Second Avenue & Eighth Street in NYC in 1921, earning $6.00 per week, before he got into boxing.

According to the December 1953 issue of The Ring, p. 12: "Rosenberg, whose real name was Charles Green became Phil Rosenberg, when a fighter of that name failed to show up one evening, and he came out of the audience to fill in for the absentee and also adopt his moniker."

The March 29, 1928 Brooklyn Standard Union, p. 10, reported that all 26 states and foreign countries affiliated with the National Boxing Association had reinstated him, according to President Tom Donohue. He had been suspended 14 months for entering into a double contract for a bout with Bushy Graham.