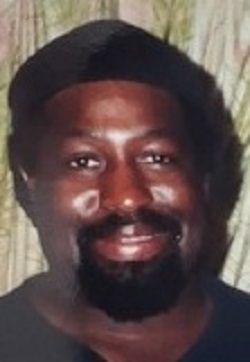 
Craig Adams, aka Craigory Dewayne Adamez, along with his older identical twin brother Gregory Delayne Adamez, started training to become a boxer at 10 years old. Residing in Lubbock, Texas, Adams would watch boxing highlights of his "big brother" Ronny on the weekend television sports roundup. Adams would also collect newspaper clipping and photos of his "big brother." And being a gifted cartoonist and portrait artist, along with his twin brother, Adams and he started to catch the eyes of teachers and professional artists with their drawing abilites. They'd draw portraits of Ronny and other sports figures. Before long their academically-inclined mother -- a registered nurse and an arch-clothier -- who was also a portrait artist standout, put "the twins" in private school. But having the boxing itch, "the twins" followed Ronny and their other big brother Danny Adams to Fort Worth (Texas), to start boxing in amateur competition at 12 years old.

The rangy, orthodox boxer of the fighting, identical twins, Adams was known as "Cruising Craig." Over 6-foot-tall, with a machine-gun-like jab and a booming right cross, his amateur record was 279-27 with 81 stoppages. Of all the fighting Adams brothers, it's been reported that "Craig Adams was robbed the most" of decisions that he appeared to have "won in runaway fashion." (A controversial lost that he suffered in the semi-finals of the 1977 Star-Telegram Texas State Golden Gloves is noted by many boxing aficionados -- who witnessed it -- as one worst decisions of all times in amateur competition. Nevertheless, according to his amateur coaches Don Leemaster and former professional heavyweight boxer Clarence Boone -- a challenger of Big George Foreman -- "none match the robbery job done on him when he pulled a Sugar Ray Robinson-style beatdown on Mickey Webb in the finals of the 1976 Southwestern Regional IX Junior Olympic Championships.) Adams, along with his brothers, was successful in winning Junior Olympics, Golden Gloves, AAU and several national invitational amateur titles. They (along with oldest brother Ronny who was a multi-time U.S. All-Navy and international amateur champion between 1977 and 1983) won Western, Southwestern, Midwestern and Southern Diamond Belt tournaments and "Tournament of Champions" challenges in 1974 through 1978.

Adams fought only once as a professional. Ahead on points, he threw his shoulder out of socket and wasn't able to continue in the six round, losing his only pro bout. Finish with boxing, Adams and twin brother Greg became popular marathon and long-distant road race runners. They also worked for the U.S. government in the American Armed Forces Exchange Services, while writing, producing and publishing songs and lyrics.

In 2005, at different times, Adams (in April) and his twin brother Greg (in August) were victims of medical error and malpractice. Adams survived and has been awarded several thousands of dollars. Greg died. A lawsuit settlement is pending, as of today.

Adams, single, with no children, is a movie buff. He still resides in Fort Worth, Texas.