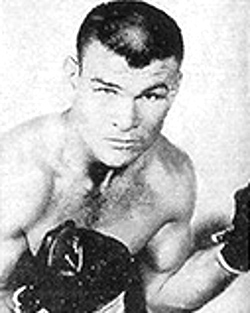 Donnie Fleeman perhaps may be best known as being future World Heavyweight Champion's Muhammad Ali's fifth professional opponent on 21 Feb 1961 in Miami Beach, Florida. He sustained an injured rib and was KO'd by the then-named Cassius Clay in the sixth round of this--Fleeman's final bout. Only the month before, in Seattle, Fleeman had lost to champion Pete Rademacher.