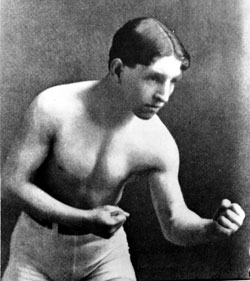 Frankie Neil lost all his boxing earnings by investing in a large stable of race horses after he retired. "What I didn't blow taking care of the animals, I lost at the track. The combination cleaned my pockets good," he told Ed Levitt of the Oakland Tribune.

In 1911, the San Francisco Call reported that he had been charged by federal authorities with passing a greenback that had been raised from $2 to $50. [1]

It was erroneously reported that he had died of pneumonia at St. Paul's Hospital, Vancouver, British Columbia, Canada, on December 19, 1924. But Neil was alive and well and working at the Standard Oil plant in Richmond, California at the time, and quipped: "I admit I am a dead one pugilistically but I'm still doing my eight hours a day." Oakland Tribune