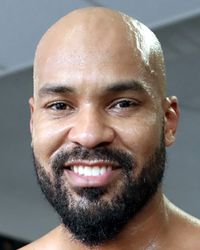 Gerald Washington played tennis as a youth and served as a helicopter mechanic in the United States Navy from 2000-04. Upon leaving the Navy, Washington enrolled at Chaffey Junior College in Rancho Cucamonga (Calif.) and despite having played only one year of organized football in high school, he excelled at the junior college level. As a sophomore tight end, he was named to the 2005 J.C. Athletic Bureau All-American first team, Super Prep JUCO 100, J.C. Athletic Bureau All-State Region II first team and All-Foothill Conference first team. After completing his sophomore season, Washington transferred to the University of Southern California in 2006 where he battled injuries and alternated between tight end and defensive end. He went undrafted as a professional and spent minimal time in the NFL on the practice squads for both the Seattle Seahawks and Buffalo Bills.