It was renamed the Great Western Forum in 1988, after it's naming rights were sold to Great Western Savings & Loan. The naming rights contract expired in 2003, and the name revereted to The Forum. In 2000 Faithful Central Bible Church, a predominately African-American church with a congreation of 12,000 purchased the arena, and currently hold their Sunday service in the building. The Forum is still used for sporting events and concerts, but has saw it's profile in Los Angeles decline significantly after two of it's most significant tenets, the Los Angeles Lakers and Los Angeles Kings left the building for the newer Staples Center.

The arena was acquired by Madison Square Garden Company in June 2012. MSG announced a $50 million renovation plan, with the arena being renamed "The Forum, presented by Chase", to reflect it's new sponsor Chase Bank. The renovated arena re-opened in January 2014 with six consecutive concert performances by The Eagles. The venue held it's first boxing program on May 17, 2014 when Juan Manuel Marquez defeated Mike Alvarado in the main event of the program. The Forum has since twice featured Gennady Golovkin in main events, as well Bernard Hopkins in his final pro bout in December 2016.

The arena has also hosted several awards shows since it's re-opening, and was added to the National Register of Historic Places on September 24, 2014. 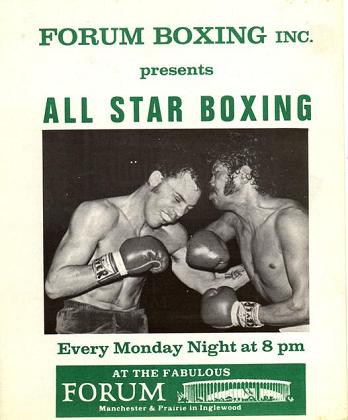