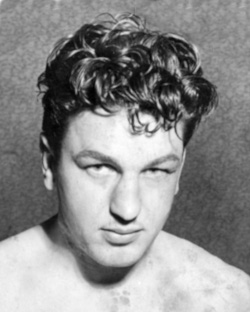 Joe Kahut (pronounced: Kay-Hoot) was a very popular Light heavyweight and Heavyweight boxer of the 1940s and 1950s, who boxed over fifty main events in Portland, Oregon. He was from a farming family in Woodburn, Oregon, who were of Czechoslovakian ancestry. He farmed during his boxing career and afterwards.

Kahut was Portland's premier main event attraction during the 1940s. He is probably the greatest local gate attraction in Portland history, since he was able to draw better crowds during his career than the more successful Denny Moyer.

He is the brother of fellow boxers Tony Kahut and Eddie Kahut.