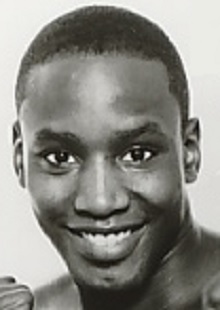 While managed by Dave Wolf and trained by 'Irish' Bobby Cassidy, Bradley won the vacant WBO crown from David Mendez in May 1995, and made six successful defenses (including one draw) over a 22 month stretch. However, while training for a Madison Square Garden title defense against Julio Cesar Green in the summer of 1997, Bradley was blindsided by the fickle finger of fate.

While sparring with Troy Waters, he experienced vision impairment and soon learned that he probably had a detached retina for quite some time. Bradley expected to be on a six-month hiatus before resuming his career. Instead he was stripped of his title for being unable to defend it.