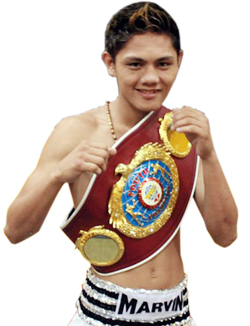 Started boxing as an amateur at the age of 7 and had 150 amateur fights before turning professional in 2007, just weeks before his 17th birthday. He was a 5-time gold medalist, 10-time silver medalist, and 9-time bronze medalist as an amateur, as well as being the Batang Pinoy Champion of the 2002 Puerto Princesa City Tournament.[1]