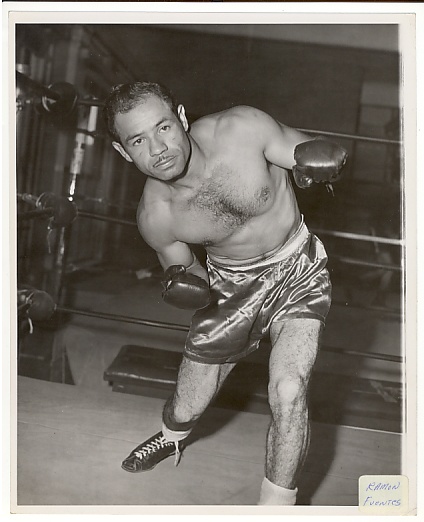 
Fuentes boxed as "Chuck Moody" early in his career, before fighting under his real name Ramon Fuentes. During the early portions of his career, it was reported in the Los Angeles Times that he worked as a gravedigger. He had a brother, Jesse Fuentes, who also boxed as a main event Middleweight during the 1950s. At various times, Fuentes was a ranked a contender in the Welterweight division during the mid-1950s.