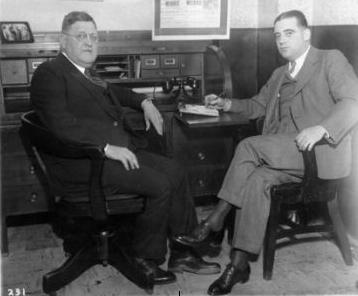 Tom McArdle, born circa 1874, was a former boxer, manager, promoter, and matchmaker. He became the long-time matchmaker for Madison Square Garden during the late 1920s and 1930s. He worked for the Twentieth Century Sporting Club--initially under Tex Rickard, and then under Mike Jacobs.