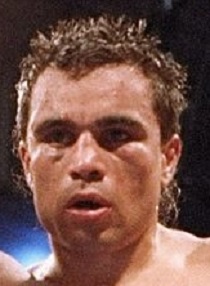 Zack Padilla beat four world champions, and once held the Compubox record with Ray Oliveira for the most punches thrown in a fight. Padilla was the reigning WBO junior welterweight champion until Shane Mosley hit him hard while sparring, which caused a brain injury that prompted Padilla's boxing license to be suspended indefinitely.