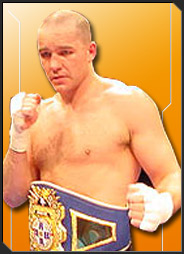 As an amateur Brown represented Canada as a Light Heavyweight in the 1992 Barcelona Olympic Games. His results were: