Daniel Hennessey (born 15 January 1968, Fall River, Massachusetts, United States) also known as Lt Dan, is a New Zealand ring announcer for boxing, kickboxing and other combat sports. He is known for his catchphrase, "Would Somebody, Somewhere, Make Some Noise!".

Hennessey attended Worcester State College. After college he joined the United States Marine Corps in 1991, being in operations DesertShield/Storm. Earlier, while a member of the U.S. Marine Reserves he had participated in a major Christmas Season 1989 fundraiser for the Vietnam Veterans Association of Cape Cod ( also known as The Nam Vets of Cape Cod) by standing at attention for 24-straight hours outside Hyannis radio station WPXC-FM. During the promotion, he was only permitted a 5-minute break every two hours. It raised several thousand dollars for the worthy organization and made Hennessey a regular "honorary member" of the WPXC airstaff for several years to come. He went on to serve in the first Persian Gulf War. He left the Marine Corp in 1993 and moved to New Zealand in 1998 to be a Club DJ. In the DJ scene, he was well known for his stage name as DJ Danimal. During his DJ time, he was on Radio Hauraki and Max TV between 2000 and 2002. Hennessey started working at Sky TV in New Zealand in 2003 as a commentator, mainly focusing on basketball for the NZNBL. The biggest accomplishment of his commentating career was being the head commentator for the FIBA Under 19's world champ in 2012. Hennessey finished with the doing stats for the Breakers in their 2016 season.

Hennessey started ring announcing at a kickboxing show called Kings of Oceania. He made a big break in his career by announcing the 2006 World Grand Prix K1. A few years later, he announced the event that will define his career where he announced Duco Events David Tua vs Shane Cameron in 2009, which at the time the biggest PPV buy in New Zealand History. Hennessey went on to announce David Tua's last four fights of his career. Hennessey became the main announcer for Duco Event's, King in the Ring, most of Joseph Parker boxing bouts and Joseph Parker vs. Andy Ruiz. Hennessey announced Parker's first World title defence and the non televised bouts of Manny Pacquiao vs. Jeff Horn.

Hennessey most recent world title events that he has been apart of, is announcing for Geovana Peres vs Lani Daniels II, Geovana Peres vs Claire Hafner, both were for the WBO World Light Heavyweight title. 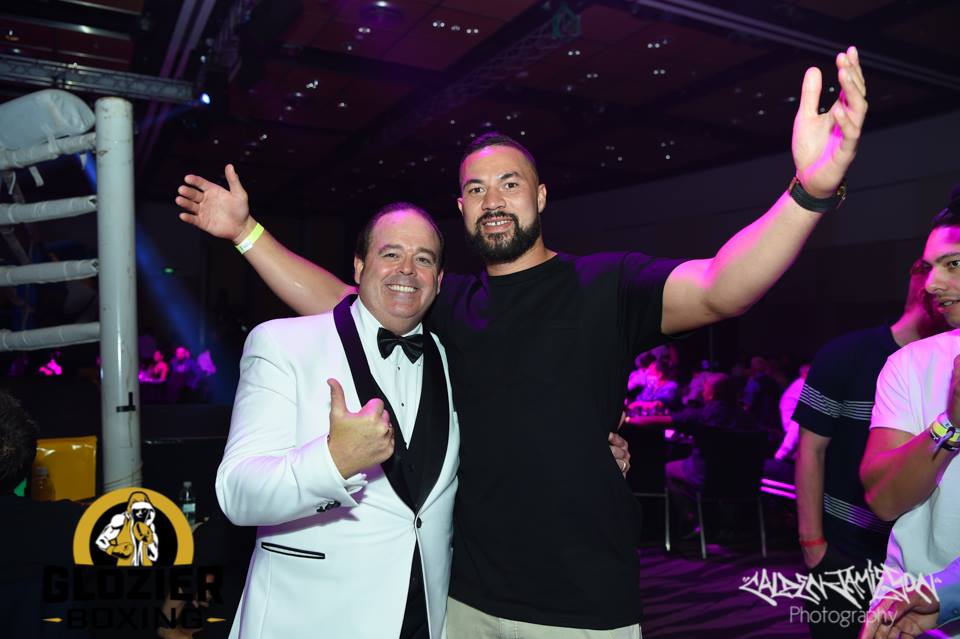