From BoxRec
(Redirected from J. Russell Peltz)
Jump to navigation Jump to search 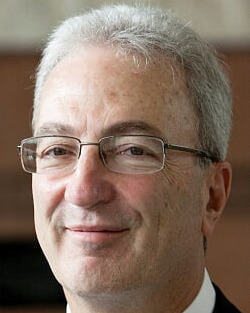 J. Russell Peltz became a boxing fan at the age of 12 and saw his first live fight at 13. In college, he was the Outstanding Male Journalism Graduate at Temple University in 1968. After a brief newspaper career at The Evening Bulletin, he began his remarkable boxing promoting career in Philadelphia, PA, on September 30, 1969, with a main event at the Blue Horizon featuring Bennie Briscoe vs. Tito Marshall. Briscoe won by knockout and the Blue Horizon had a standing-room-only crowd of 1,606. After promoting at various venues in Philadelphia for four years, Peltz landed the job of boxing director at the Spectrum.

Peltz became one of the most successful local boxing promoters in the world during his tenure at the Spectrum, which ran from 1973 until 1980. Some of the top local fighters Peltz showed included: Briscoe, Willie Monroe, Bobby Watts, Cyclone Hart, Kitten Hayward, Mike Rossman, Sammy Goss, Richie Kates, Tyrone Everett, Curtis Parker, Jeff Chandler and Matthew Saad Muhammad and Marvin Johnson.

Peltz is most closely associated with Briscoe. He worked with the tough Philadelphia middleweight for 10 years, through three unsuccessful chances at the world title against Carlos Monzon and Rodrigo Valdes (twice). Briscoe is considered one of the best never to win a world title.

When Briscoe boxed a 10-round draw with Hart at the Spectrum in 1975, Boxing News, the weekly British-based publication, named it the second best fight of 1975 behind Ali-Frazier III, the Thrilla in Manila. When Everett challenged Escalera there for the WBC junior lightweight title in 1976, the 16,019 in attendance set the record for the largest crowd ever to watch a fight indoors in Pennsylvania. In 1978, when Briscoe met Hagler in a 10-round match, the 14,950 fans established the mark for the largest indoor crowd in Pennsylvania history for a non-world championship fight.

Peltz guided a fighter to the world title for the first time in 1978 when Marvin Johnson won the WBC light-heavyweight title, stopping Mate Parlov in Marsala, Sicily. Johnson also twice won the WBA version of the title in 1979 and 1986, respectively. Chandler, the Hall-of-Fame bantamweight champ, gained the WBA crown in 1980 when he K0d Julian Solis in Miami, FL.

After the rise of casinos in nearby Atlantic City in the late 1970s, Peltz began to promote at the Sands Hotel and Resorts International, while continuing to promote shows in Philadelphia.

Through the 1980s and 1990s Peltz became synonymous with boxing at the Blue Horizon, including an eight-year stretch (1993-2001) of consecutive sellouts in the 1,346-seat building. Insiders confirm that on many evenings Peltz ignored the fire marshall. When ex-heavyweight champ Tim Witherspoon fought Art Tucker there in 1991, more than 2,100 people jammed the building.

Peltz also has worked with ESPN as a boxing consultant and matchmaker.

Through 2014, Peltz is still active in Philadelphia and Atlantic City (Bally's) and he also serves as adviser/matchmaker for Main Events.