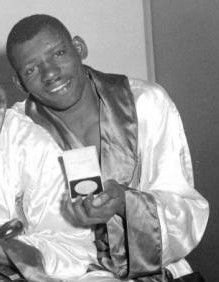 
Boyd joined the U.S. Army in 1947 and learned to box while stationed at Fort Benning, Georgia. He fought in countless matches during a 10-year military career and seldom lost.

Cus D'Amato was Boyd's manager and trainer during his brief professional career.

In the early 1960s, Boyd moved to Baltimore, Maryland, and began working as a nursing assistant at the Veterans Administration Hospital.