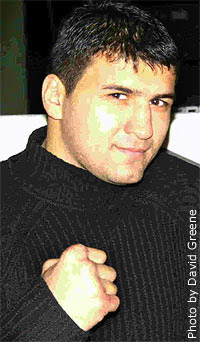 Throughout his amateur career, Ibragimov fought as a light-heavyweight (178 lbs weight class). He won the Soviet Union Junior National Championship in 1991 for his age category (16 to 18 years old). In 1995, Ibragimov won the the gold medal at the Central Asian Games. He was a five time national champion of Uzbekistan. Ibragimov was a member of the 1996 Uzbekistani Olympic Team. His results were as follows: