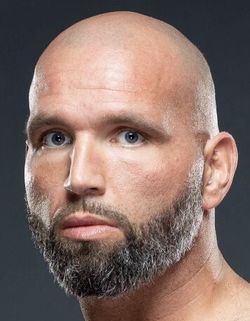 Travis Kauffman (whose father Marshall is a boxing trainer and promoter in Pennsylvania) started boxing at the age of nine, and had his first amateur bout at fifteen. A natural right hander who changes stances occasionally in midfight, his amateur record as a super heavyweight was 56-12.

Kaufmann turned professional at age twenty. In 2014, with trainers Nazim Richardson and Ice Al Cole, Kauffman, in the number nine worldwide heavyweight rankings position, won the vacant WBA Fedalatin Heavyweight title by ten round decision over Jason Thompson, the first time in his career he went the ten round distance. Kauffman is married with children and his life is stable.

Kauffman pled guilty in 2009 to selling marijuana to an undercover officer based on incidents which took place in 2004, and received a sentence of three days incarceration. By 2013, states in the United States began to decriminalize non-medical cannibis.[[1]][[2]] On March 28, 2008, Kauffman was found innocent by a Berks County jury of indecent assault stemming from a 2005 incident.[[3]]