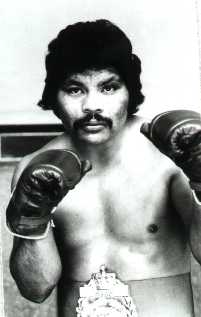 After retiring from boxing, Galindez decided to pursue a career as a race car driver. His first race was Argentina's Turismo Carretera on October 26, 1980. Galindez's car broke down near the end of the first lap. As he and his co-driver, Nito Lizeviche, were walking back to the pits, a car driven by Marcial Feijoo went out of control, spun off the track and slammed into them. Galindez and Lizeviche were killed instantly. Feijoo, whose car was demolished, was seriously hurt and taken to a hospital. His co-driver, Juan Buesolo, was treated for shock.