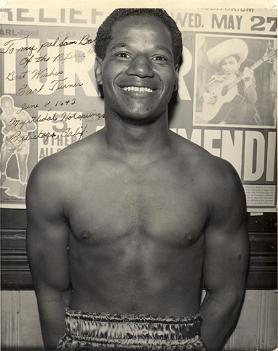 Earl Turner, an African-American, was Oakland's most popular boxer during the 1940s and among the most popular ever in the city's history--along with Johnny Gonsalves and Oakland Jimmy Duffy. Turner had good power and heart, but was hampered by a questionable chin and susceptibility to cuts. He was capable of losing to fighters who were considered to be below him in level, but often fought valiantly when overmatched, as was the case when he fought Sugar Ray Robinson in 1949. He was known, at least in his prime, for his ability to reverse a loss in a rematch.

Though Turner's career ended in 1954 after a succession of losses, he attempted to get re-licensed with the California State Athletic Commission in 1957 and 1961. He was denied on both occasions, due to age and his eroded skills.