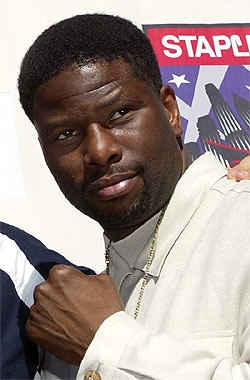 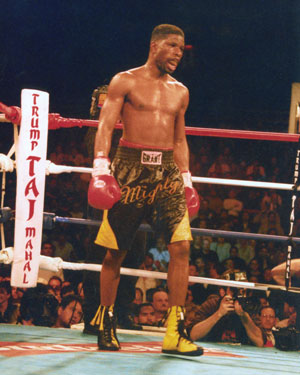 Ivan Robinson was a Lightweight contender of the mid-to-late 1990s. He is perhaps best known for his two exciting fights with Arturo Gatti, whom he beat twice in 1998. Robinson and Gatti first fought in August 1998 in a bout which was named Ring Magazine Fight of the Year. In this fight the two fighters engaged in a 10 round slugfest, which saw Robinson narrowly win. A rematch was inevitable, and four months later the two fought again. This time Robinson won a little more clearly but it was still a memorable battle. Robinson lost his next bout to Angel Manfredy, and subsequently faded from the spotlight.