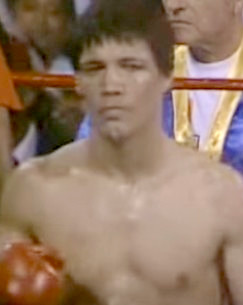 In a news conference, 25 years later, Resto now claims that Lewis did not only remove the padding from Resto's gloves, but also put plaster on his hand wraps. ESPN boxing analysis Teddy Atlas said that he doubts a lot of Resto's new allegations.

"I believe that the guy is putting in a little extra to sell the (upcoming) documentary about the (mishap), Atlas said." Lewis claims that: "Resto is lying, man!"