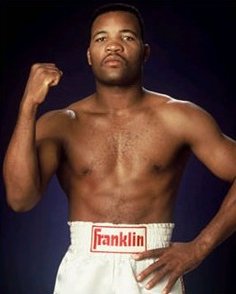 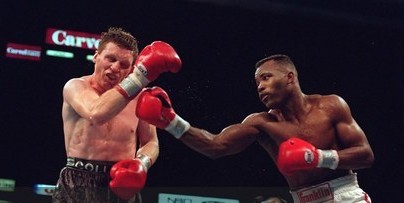 Johnson vs. Steve Collins in 1992 for the vacant WBA middleweight title

In March 2008, Johnson was charged in Harris County, Texas, with theft of more than $120,000, a second-degree felony. He was accused of receiving grant money for youth boxing camps that never took place.

The Houston Area Urban League, in the wake of hurricanes Katrina and Rita, received more than $1 million from the Red Cross to distribute for the agency's 2007 summer Youth Enrichment Action Programs. Johnson was supposed to put on a series of boxing camps involving more than 40 children. [1]

Johnson was convicted in October 2010 and sentenced to twelve years in prison. He was released in December 2012 due to good behavior. Johnson maintains his innocence to this day. [2]