From BoxRec
(Redirected from IBF)
Jump to navigation Jump to search 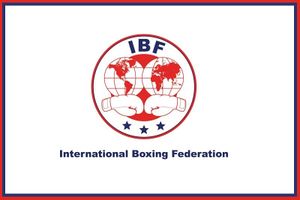 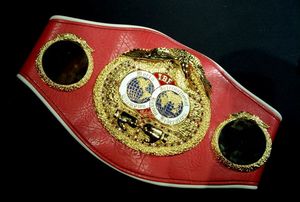 The United States Boxing Association (USBA) was created in 1977. In October of 1982, USBA president Bob Lee ran for the presidency of the WBA at their annual convention but lost to Gilberto Mendoza Sr.. In April of 1983, the members of the USBA voted to expand the organization and create an international division. The new organization was called the International Boxing Federation, and Bob Lee was named the president.

The IBF awarded their heavyweight title to Larry Holmes, who was viewed as the true World Heavyweight Champion. Holmes had recently vacated the WBC title after a dispute with the organization. The fact that the only sanctioning body belt Holmes had at the time was the IBF's greatly helped the new organization's credibility. He held the title from 1983 to 1985 and made three successful defenses.

The IBF is one of four major sanctioning bodies recognized by the International Boxing Hall of Fame, along with the WBA, WBC, and WBO.

In August of 2000, IBF president Bob Lee was acquitted of charges that he took bribes from promoters and managers to manipulate boxers' rankings, but he was found guilty of tax evasion, money laundering and interstate travel in aid of racketeering. He was sentenced to 22 months in prison and fined $25,000.

The East/West Europe title was a minor title sanctioned by the IBF from 2003 to 2017. Its holders were guaranteed a top 15 world ranking. It was replaced in 2017 by the IBF European title.