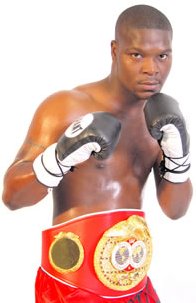 On December 13, 2003, Spinks became the undisputed World Welterweight Champion when he defeated WBC and WBA titlist Ricardo Mayorga by a majority decision.

Spinks made the first defense of the unified crown on April 10, 2004 when he defeated former IBF light welterweight titlist Zab Judah by a unanimous decision. Both Spinks and Judah were knocked down in the later rounds of the fight.

Spinks made his second defense against Miguel Angel Gonzalez on September 4, 2004, winning by a unanimous decision.

On February 5, 2005, in his hometown of St. Louis, Spinks lost his titles in a rematch with Judah. Spinks suffered the first stoppage loss of his career when he was TKO'd in the 9th round.

After 519 days away from the ring, Spinks won a majority decision against Roman Karmazin to capture the IBF light middleweight title in St. Louis.

On Feb 3, 2007, Spinks made his first title defense against Rodney Jones with an easy unanimous decision.

Spinks faced World Middleweight Champion Jermain Taylor for his WBC and WBO middleweight titles on May 19, 2007, but lost by a split decision. Secondsout.com called it the "Worst Decision of the Year."