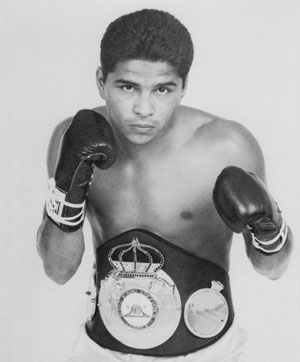 Defeated Barry McGuigan in Ring Magazine's 1986 Fight of the Year via a 15-round decision to capture the WBA featherweight title on June 23, 1986. He lost his title in his first defense on a 12th round TKO to Antonio Esparragoza on March 6, 1987.